Don't worry we hate spam as much as you do 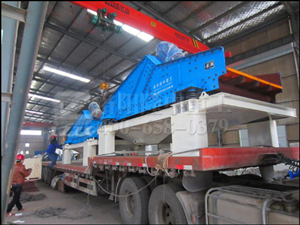 South Africa, officially the Republic of South Africa, is the southernmost sovereign state in Africa. It is bounded on the south by 2,798 kilometers of coastline of Southern Africa stretching along the South Atlantic and Indian Oceans, on the north by the neighbouring countries of Namibia, Botswana and Zimbabwe, and on the east by Mozambiqueand Swaziland, and surrounding the kingdom of Lesotho. South Africa is the 25th-largest country in the world by land area, and with close to 53 million people, is the world’s24th-most populous nation. It is the southernmost country on the mainland of the Old World or the Eastern Hemisphere.

In South Africa, our company offers a range of high frequency sand sifting equipment for use in a variety of applications. Our machine works with highest quality modular polyurethane decks as standard.